The bludgeoning swagger of Crazy Eyes

The streets are alive tonight with cacophonous bursts of jazzy cum and mangled Rock and Roll. A lonely neighborhood cool cat starts off the jam with a scratchy guitar, while a homeless dog plays the honky-tonk piano with a percussive fervor. Trash can fire vocals (sparked by the Mael brothers) howl at the moon, and soon a small audience of stoned Rock and Roll addicts surround the fire while Crazy Eyes feed it with their bludgeoning R’n’B stomp. With enough hooky noise and jumble jangle rhythms to hold up a small convenience store, Crazy Eyes toss swagger thoughtfully throughout the street; sometimes they throw in a pretty little ditty too, shedding sarcasm and spreading goo all over the city wherever they may go. While all the denizens of trash city chime in on the choruses and ring in the new era of grimy rock and roll prosperity. 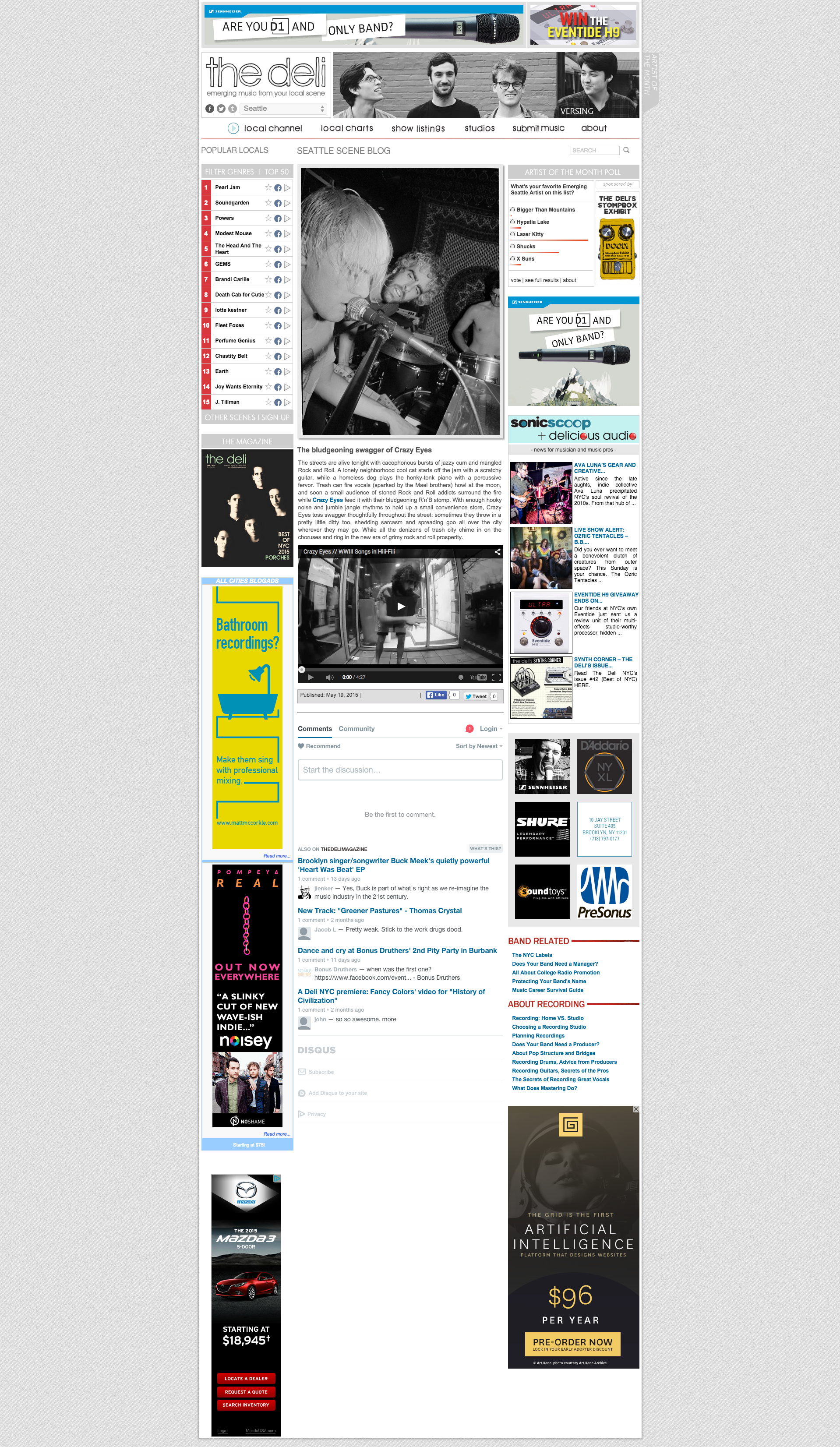