Crazy Eyes
Crazy Eyes is the band that not only makes addictive music but also performs with theatrics which very few bands ever consider. With a very distinct piano which almost defines the band perfectly. The band is unique, heavy tones within every note, and performed with a flare which will leave a lasting impression on anybody who watches them live. They are led by Kellen Grace, who takes control of the piano and vocals, with dramatic hooks and soul in both his piano play and vocals. Matt Leon, the guitar player, had a lady from the crowd come on the stage, which she then seemed to revive him with a volt which shook him to the core. They proceeded to play one of their best songs “Branch Ricky.” With an eccentric bass line, played by Adam Taylor, and perfectly timed drum rhythms by Warren Pease typified their show. They gave the best performance of the event. With a perfect mix of catchy, unique songs, and theatrics, which had the entire crowd wanting more. Their new album, Ring Ring Jingalong and Dark Heart Singalong, is a album which must be bought. 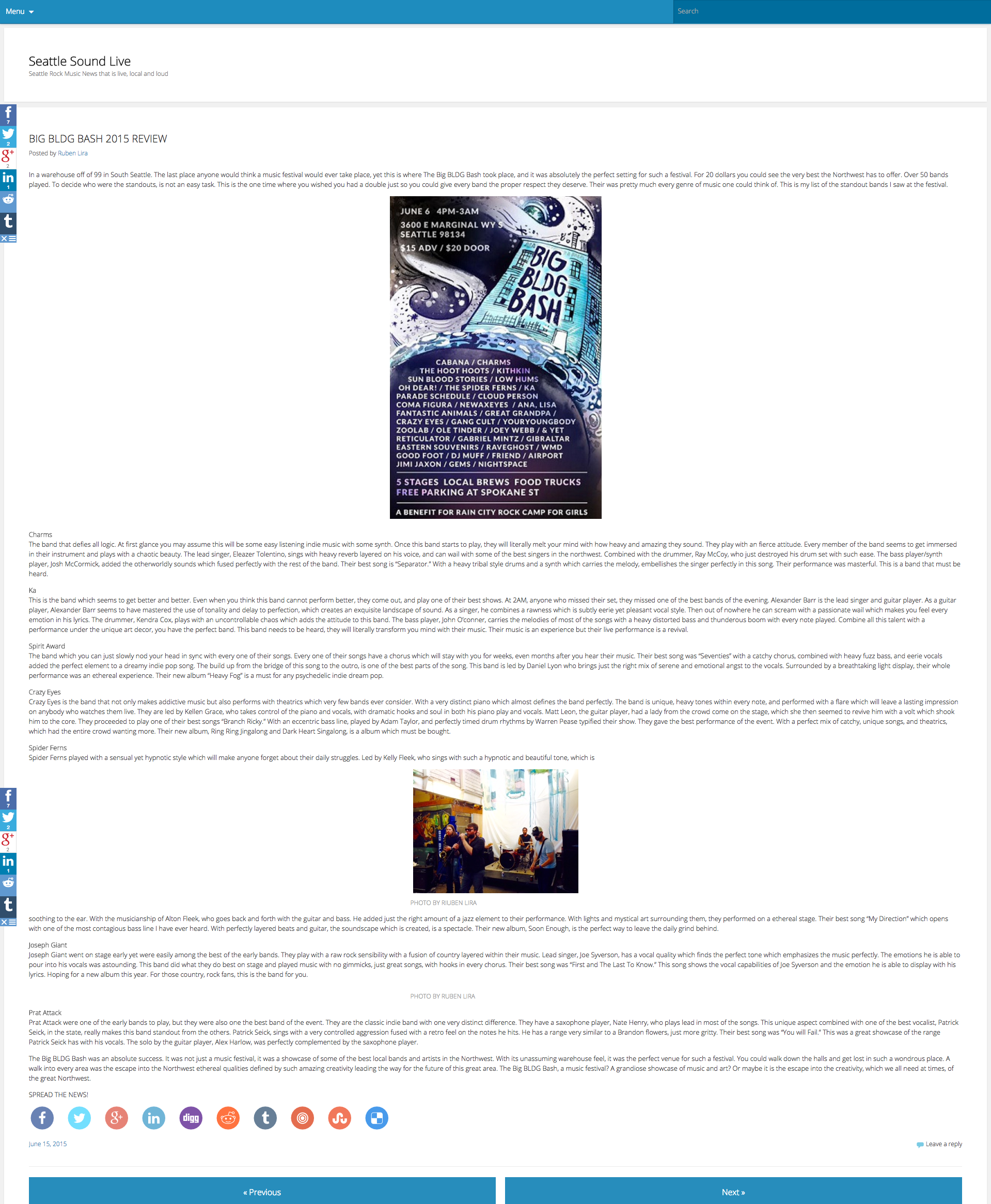