Winter has ended and cherry blossoms are in bloom. The Blue Moon, one the oldest venues in Seattle, had another great show. Rain does not stop the music lovers from attending shows, especially in Seattle. This night had several bands but two stood out the most.

First up was Lakefight, what a great band name!! At first I was not sure what to think of this band but as the music started playing Lakefight frontman, David, came in with his very distinct voice in combination with a very unique piano sound. They have this very raw punk meets eighties sound. The piano in combination with the David’s voice really added a sort of substance or viability to their set. You can try but you can’t really label their sound but you know they are onto something special. Their best song was “Yakima Drunk” which included that punk ferocity which was so relevant during their performance.

Crazy Eyes, is the type of band that you hope never change their sound. They have perfected the craft of balancing infectious melodies with a punk rock flare. They opened their set with “Close to Death” then carried into “World War 3.” They are lead by Kellen Grace who plays a customized electric piano. Their live performance is absolutely insane. They are not afraid to interact with each other. It is always great to watch band members play off of each others energy perfectly.

Their best song was “Branch Ricky.” This song starts off with the melody on the piano that is borderline funk yet oddly  is able to keep its punk rock vibe in the hypnotic chorus. The bass and drums add just enough rhythm that perfectly balances the whole vibe of the song. They closed with a very Radiohead-esque type of song, “Go to Sleep.” I am amazed how this band has only just started to make their mark on the Seattle scene. They have a new album coming out in April, which will be followed by a full USA tour. If you have not seen this band live, you should!!! just be ready cause you will be hooked!! 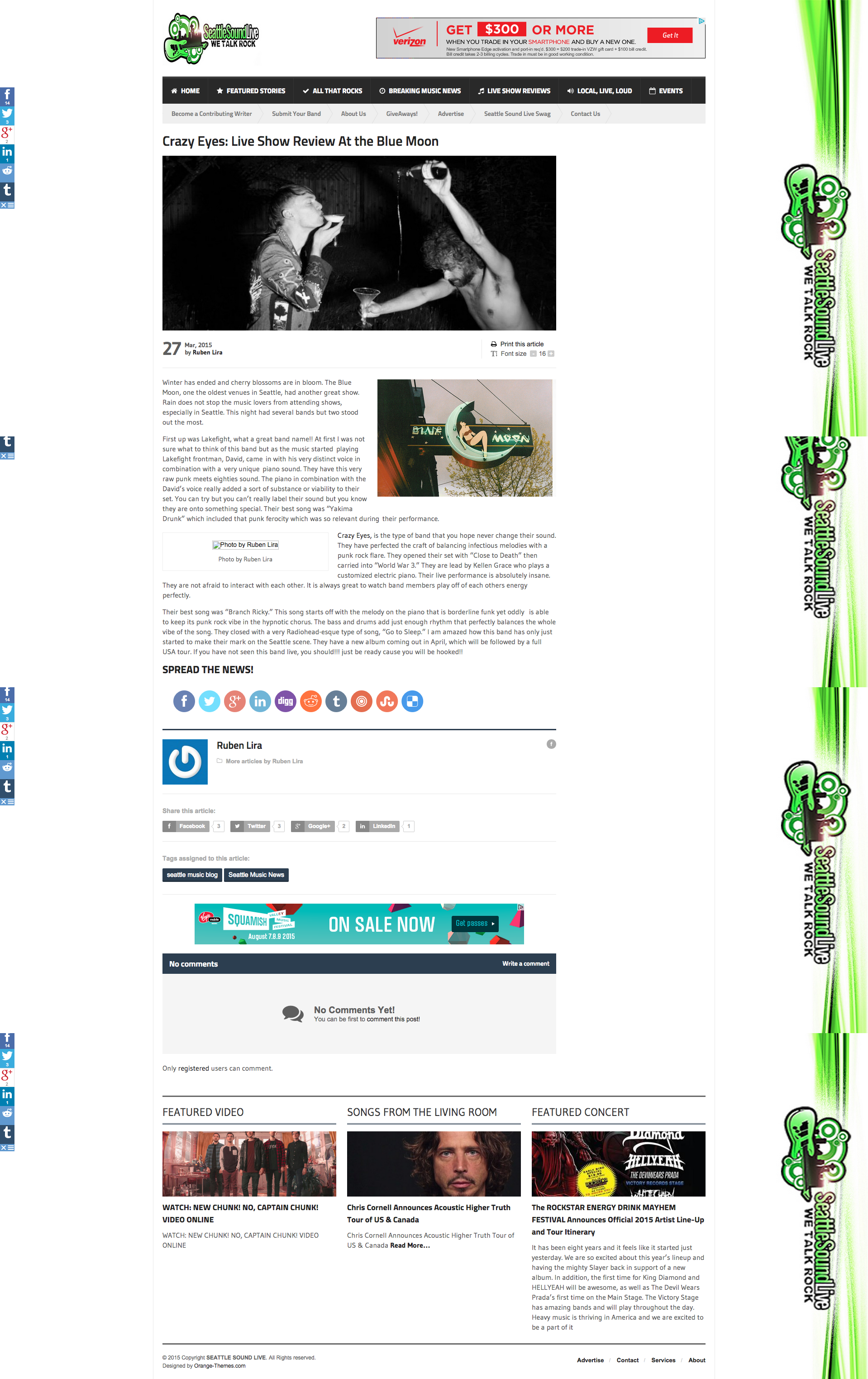